An Academy for All: A Mentorship Initiative for Early-Career Researchers

Pursuing a more inclusive environment, the national Swedish researchers’ association FSMK is launching a mentorship initiative for early career researchers who identify as women. This is how it came about, why it came about, and what it is envisioned to be.

The story about the mentorship initiative is essentially a story about inequality in the research field at large as well as in media, communication and journalism studies; a story about mapping, discussing and working to find ways to change and improve the situation.

While things have gotten better over the years, there is still room for improvement in terms of gender equality, as shown by both societal movements like #metoo and the continuous research results on gendered career paths. Such gendered paths are, of course, intersecting with other power structures, having to do for instance with class and ethnicity.

If the experiences of the initiative turn out well, there are options to broaden the scope of the mentorship initiative beyond the gender focus and beyond the limitation to participants identifying as women in the future.

Even though work life for Swedish researchers and university teachers is privileged in comparison to many other parts of the world, it is largely characterized by precarious employment conditions and a lack of straightforward career paths for young researchers.

Today, an increasing part of the research conducted at Swedish universities is funded by external means, resulting in researchers being engaged in a constant search for external funding and in a larger proportion of temporary employment. Everyone in the academic sector is affected by this, but women more severely than men (Silander et al., 2021; Vetenskapsrådet, 2021; Jämställdhetsmyndigheten, 2020).

As well as in society at large, the academic sector offers different conditions for women and men regarding power and influence, finances, education, unpaid home and care work, health, and exposure to violence. One third of the senior teaching and research staff at Swedish higher education institutions – a higher proportion of women than men – are employed on a temporary basis.

The funding system in general as well as the underfunding of female-dominated research areas both contribute to a gradual academic impoverishment of women. Women and men still have different conditions when it comes to employment, career paths and research funding. Male researchers in award processes also value men over women.

The difficulties of combining family life with an academic career additionally helps explain why there are fewer and fewer women at each career step and a continued skewed distribution of power and influence in these steps. Because of these poor working conditions, more women than men leave the academy. This is not only a sign of inequality but also of a loss of quality, as the Swedish research council’s latest report on the topic states: “Gender equality is a matter of quality when it comes to the research” (2021:8).

“More than 60 percent of all students at Swedish universities are women, and as many women as men are getting doctoral degrees.”

More than 60 percent of all students at Swedish universities are women, and as many women as men are getting doctoral degrees. But more men become professors, and women have slower careers. Female scholars are still underrepresented in higher academic power positions and young female scholars do not apply for research funding to the same extent as their male equivalents. Fewer women than men have meriting positions. Women’s under-representation is particularly evident at the professor level: only about three out of ten professors in Sweden are women and the rate of women professors has stopped to increase (SULF, 2016), partly due to universities no longer having the same mandate to promote professors as before.

Taken together, all this shows that the work towards a gender-equal college is far too slow. Therefore, the Swedish government has in 2021 formulated new recruitment goals for professors at the country’s universities, stating an ambition to increase women professors by 50 percent before 2030 (Government press release – Regeringskansliet, 2021).

Relating to these general facts, as well as to individual experiences, an informal network of senior women researchers in media and communication studies in Sweden (the undersigned), a couple of years ago formed the idea of organizing a symposium to discuss problems, solutions and share experiences related to (gendered) power in academia and in our field, and to substantiate these discussions by performing a mapping of career conditions for women and men in media and communication studies, including journalism studies.

In the fall 2018, the symposium “Gender Equality in Academia: An Academy for All” took place at Södertörn University in Sweden. As part of the program Liisa Husu, professor in gender studies at Örebro University gave the talk “Gender and Equality in Academia: Sweden from a Nordic and European Perspective” and presented many of the research findings discussed above.

Focusing on how these general academic structures play out in media and communication studies, in preparation for the symposium docent emerita Madeleine Kleberg conducted together with the network a survey study among the Swedish media, communication and journalism researchers.

The survey, which was presented at the symposium, mapped diverse aspects related to academic careers and had a response rate of 61 percent, or 140 persons (74 women and 66 men). Some of the most interesting results can be summarized in the areas: 1) Research and funding, 2) Administrative assignments, and 3) Qualifications and career paths.

The analysis had a specific focus on differences between women and men and the results gave clear indications that there is a difference between female and male researchers in Swedish media and communication studies. For example, it is more common among men to have received extensive external research funding while women are overrepresented among those who never received that kind of funding.

As for the issue of whether or not one takes on administrative duties the image is reversed: More women than men had positions with 50 percent or more administrative duties during a period of at least three years. In answers to open questions, women researchers also often put forward that these duties are a hindrance for their research careers. Finally, the results also showed clear correlations between gender and career advancement. Generally, it takes more time for women to be promoted to full professor (12 vs 7 years average) and also associate professor (docent). A general problem in pursuing an academic career that both women and men put forward was the considerably large portion of non-permanent positions in Swedish universities.

“Generally, it takes more time for women to be promoted to full professor (12 vs 7 years average) and also associate professor (docent).”

The symposium program also included a session in which some of the founding scholars of media and communication studies in Sweden shared their experiences. Professor emerita Karin Becker, professor emerita Ulla Carlsson, professor emerita Gunilla Jarlbro, docent emerita Madeleine Kleberg and professor emerita Inger Lindstedt gave powerful accounts of a past where they were often islands in the sea, and detailed constructive work towards a more gender equal field.

This was followed by a session with younger female scholars reflecting upon struggles in the media and communication studies landscape of today, which also underlined other power structures, and looked to the future. The symposium, co-funded by the Swedish national researchers’ association FSMK and the media and communication units in Gävle, Stockholm, Södertörn and Umeå, gathered 70 researchers. The general discussion that followed upon keynote talks and panels indicated great appreciation for the historization, mapping and discussion that took place, and further expressed a wish for more focus on younger scholars in future efforts. This later resulted in the development of the mentorship initiative.

In May 2021, the mentorship initiative, developed by the undersigned in collaboration with the association FSMK, was announced at FSMK-dagen, the annual day where Swedish media researchers come together, to discuss research (politics) and teaching.

The initiative is a response to needs identified in research on unequal career paths in academia over-all, the survey conducted by Madeleine Kleberg, discussions from the symposium, and furthermore results from Johan Lindell’s (2020) study of the media and communication field in Sweden, which shows, but does not further analyse, that male so-called ”elite-researchers” strongly dominate the field: out of eight identified elite-researchers only one is a woman.

The purpose of the initiative is to support early career media and communication and journalism researchers who identify as women by creating opportunities to meet, interact with and be mentored by senior scholars. Although the mentorship initiative currently focuses on gender inequality, it is as mentioned above recognized that gender is not the only crucial power factor but interacts with for example ethnicity, age, geography and socioeconomic circumstances. If the initiative proves successful, a more explicit intersectional perspective will be incorporated further on.

During a trial period, 2021–2023, The Swedish Researchers’ Association FSMK will finance mentorship for five early-career media and communication and journalism researchers who identify as women. This includes two meetings per year between a senior and junior researcher and two joint meetings for all participants. During this time there will also be meetings between the senior researchers who are mentoring, and the general results of the activities will subsequently be reported to FSMK and disseminated in the field.

We, initiators of the program, hope that the mentorship initiative will not only benefit those who take part in it, but also contribute to a continued broader exchange and discussion about research work and its conditions in the media and communication field.

To apply for the mentorship initiative, the researchers need to have obtained their doctoral degree no more than five years ago and be affiliated to a department for media and communication studies and/or journalism studies at a Swedish university. Applications will be assessed based on motivation for participation and possibility to match applicants needs with a senior colleague. There is furthermore a strive towards diversity among participants. Mentoring can be done in Swedish and English.

Eligible early career researchers interested in taking part in the mentorship initiative are encouraged to apply by e-mailing FSMK: info@mediekom.se. Senior scholars who identify as women and have obtained the title Docent or Professor and are interested in becoming a mentor are also encouraged to state their availability and interest at: info@mediekom.se. The deadline is 25 August 2021. 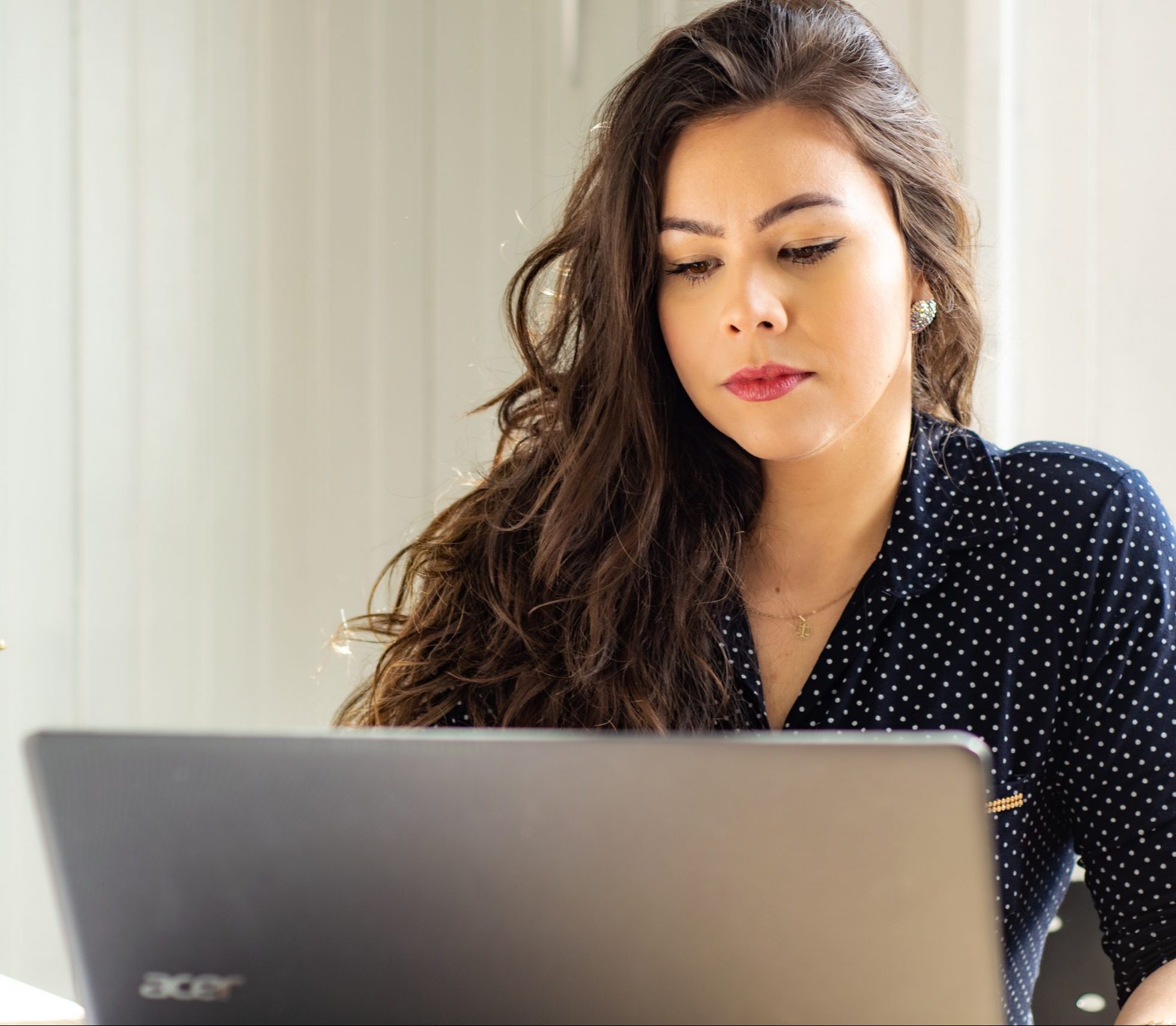 Lindell, J. (2020). Establishment versus Newcomers, Critical versus Administrative? Sketching the structure of the Swedish field of media and communication studies. Nordicom Review, 41(2), 109–125.