The recent proposal to discontinue the funding for Medianorway is an example of the lack of transparency about the development of Norwegian Media Authority’s responsibilities and tasks, and it raises fundamental questions about what a supervisory authority should be.

This letter was first written in Norwegian and published in the Norwegian online newspaper for higher education and research Khrono, and later adapted for NordMedia Network.

The Norwegian National Budget for 2023 includes a proposal to discontinue the funding to Medianorway (the funding in 2022 was NOK 2.4 million). Since its beginning in 1994, Medianorway has collected media statistics to document media development. The knowledge base is anchored at the University of Bergen and is an active partner in Nordic statistical cooperation with Nordicom.

In its justification, the Ministry of Culture and Equality points out that “it is reasonable to gather most tasks related to the collection of media statistics and analysis with one actor. The Norwegian Media Authority is the governmental body in the field and already has this task. On this basis, the funding to Medianorway is proposed to be discontinued”.

A small matter on the National Budget – but an important matter to discuss. It is an example of a lack of transparency about what the Ministry of Culture envisions with the development of the Media Authority, its responsibilities, and tasks.

In 2020, Medianorway was notified that the Norwegian Media Authority believed that Medianorway’s tasks overlapped with those of the Norwegian Media Authority. In 2021, an evaluation process was launched to investigate this type of overlap in more detail; however, the evaluation has not been completed. There is no openly available documentation, nor a discussion about the relationship between the supervisory role versus research. Yet with a decision in the National Budget that transfers documentation work from a university to a governmental supervisory body.

This case illustrates a tendency for the Norwegian Media Authority to take on tasks it did not previously have. This raises fundamental questions about what a supervisory authority should be.

In the Ministry of Culture’s letter of allocation to the Norwegian Media Authority for 2022, it states, as in previous years’ letters, that the authority shall facilitate diverse editorial content; help develop active and informed media users; and be a relevant societal actor. When it comes to more analytical tasks, the Norwegian Media Authority should develop and make available relevant insight, particularly related to media diversity and critical media understanding.

As media researchers from several research environments in Norway, we want a more open process on how far the Norwegian Media Authority’s tasks extend beyond the supervisory task related to media policy goals. We find it fundamentally problematic that research and documentation activities that were previously at universities, colleges, and research institutes – and which are subject to principles of quality, transparency, and research ethics – are to a greater extent drawn into the administration on the initiative of the administration itself, and that we are informed about this as a proposal in the National Budget.

In the annual report for 2021, the Norwegian Media Authority writes that their ability to fulfil their societal mission “requires good expertise, close dialogue with industry players and other relevant partners, and proper prioritization of resources and efforts”. Perhaps the right prioritisation of resources and effort is to build on the competence and knowledge that already exists in the media area and to concentrate on supervisory tasks?

Medianorway risks being closed down

The information centre Medianorway at risk of being closed as government considers cutting funding after 28 years.
Read more arrow_forward 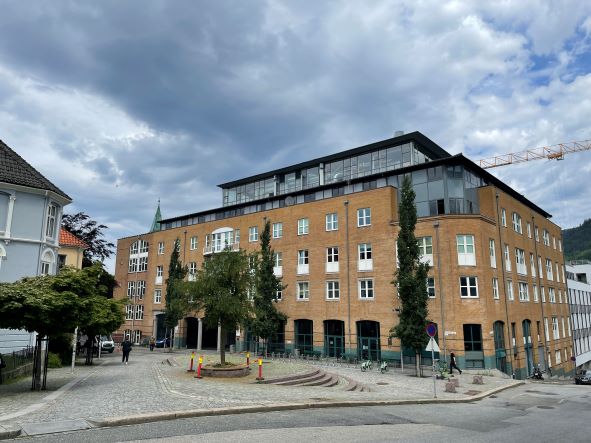 OpenAI's new AI conversational bot, ChatGPT, has quickly gained popularity. The language model, which is based on GPT-3, has the ability to generate text and engage in conversations. In this text, the authors discuss potential implications such technology can have for media research.

The Media Systems Where Everyone Knows Everyone

In a new article, “Micro Media Systems”, Signe Ravn-Højgaard from the University of Greenland argues that we need to redefine scale when doing research in the smallest media systems – at least when trying to understand the effects of smallness not related to the small media market.

NordMedia2023: Call for Papers is Open

Call for papers for the NordMedia conference 2023 is now out and open for submissions.