It is Necessary to Support Higher Education in Ukraine

I don’t even have a question whether higher education should be supported in Ukraine. It is necessary to do it! I think that the issue should be reformulated – how to support higher education in Ukraine. This is especially relevant now, during the war with a cruel and insidious enemy, which also conducts military operations in the field of information and science.

The fact that the Russian Empire and then the USSR deliberately destroyed education in Ukraine, higher education in particular, is undeniable. The dragging of talented scientists to Moscow, the destruction of scientific schools, a ban on research in certain fields of science, a strict requirement to conduct all scientific activities only in Russian, and so on. However, even now, nothing has changed in the attitude of Russians and their authorities towards Ukrainians. I know that even during the independence of our country, some colleagues deliberately worked (or maybe they are still working) for the destruction of education and culture in Ukraine. That means the purposeful activity to destroy science in Ukraine continues.

How to prevent this during this difficult time? First, it is necessary to improve the qualifications of teachers at higher schools (and secondary and elementary schools, too). Teachers should be given the opportunity to undergo internships at the best universities in Europe and the United States, to participate in conferences, symposia, and so on; higher education staff should have access to scientific periodicals in their specialty and related fields. However, Ukrainian scientists travel to another city – and even more so, to another country – at their own expense. Publications in many collections of scientific articles, for example, also must be paid for. There is simply not enough money for this.

Another aspect, finally, is that it is necessary to provide higher education teachers with free time.

Is it unexpected? No, it is quite logical. Indeed, university teachers in Ukraine have a huge classroom load and, at the same time, must perform scientific work. Moreover, all this for a low salary. Science takes time. This is an axiom. In addition, there is no time, because in teaching, preparation for lectures takes more than one hour. As a result, some scientific work and educational activities are also falling behind.

Therefore, young people do not really want to go to work in universities. There is a lot of work and not much money. We have to admit that.

Another opportunity to support Ukrainian science and education (and the results of scientific activity are always reflected in lectures, in practical classes with students, in the development of topics for bachelor’s and master’s theses, etc.) is the provision of grants for research on certain topics relevant to science and social life. In Ukraine, there is a very narrow circle of grant recipients, which is almost not expanding.

This is why Ukrainian science and scientists are not well known in the world. As a result, in Europe, Slavic Studies Departments primarily study Russian language, culture, and literature (in fact, these are Russian Studies Departments). For example, in Switzerland, Ukrainian language and literature are not studied at any of the Slavic Studies Departments of universities, although there is a demand, especially now, when the topic of Ukraine is more relevant than ever. And we have a lot to show the world: developed ancient language, beautiful literature, deep philosophy, cinema, music, and so on. I hope that for many scientists, public figures, politicians Ukraine will become a real discovery of the twenty-first century. It is only a pity that now Ukrainian scientists, physicists, chemists, mathematicians, and IT specialists are perceived as coming from the Russian Federation. The only exception is Maryna Viazovska, a graduate of Taras Shevchenko National University of Kyiv, who is a laureate of many awards and received the Fields Medal for developing the most complex mathematical tasks.

Ukrainian scientists are ignored. This is the case in almost all of Europe. Nevertheless, Ukrainians broke out of Russia’s shadow a long time ago. And we need to be heard. Including mass media workers whose audiences are interested in contemporary issues. The world should know about Ukraine. I hope that European universities will have the opportunity to evaluate Ukrainian scientists and thereby raise the level of world science and education.

Great Britain is a pleasant exception in the attitude towards Ukrainian science. I do not exclude that this is the result of the fact that universities and research centers of this country seriously explore Ukrainian Studies.

Perhaps this is the reason for the huge support that Great Britain provides to our country. That is an interesting conclusion – science affects geopolitics and the world order!

More from the series: 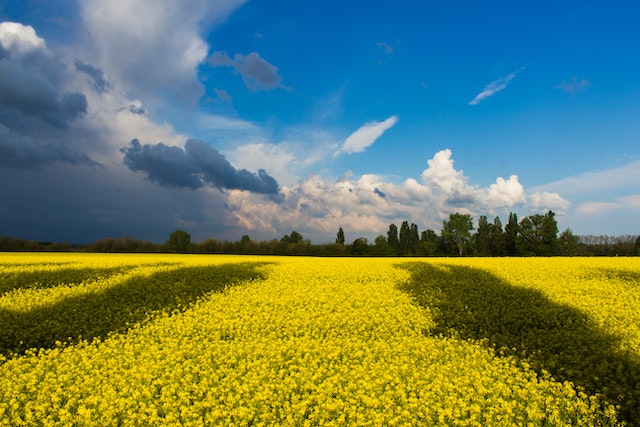 Picture by Garret Schappacher via Pexels