This article was first produced by Journalisten and published in Norwegian at journalisten.no, and later adapted for NordMedia Network.

The insight emerges from the annual Norwegian Media Survey, which was presented on 6 May during the Nordic Media Days in Bergen, Norway. The survey is based on responses from 1,136 people from the general population, 796 journalists, 415 researchers, and 150 editors.

The participants in the survey answered a number of questions about their perceptions of journalism and research. There are some dividing lines between researchers, media professionals, and “most people”: 75 per cent of researchers believe that Norwegian media companies “to a large extent” emphasise entertainment when they decide how research material is selected, angled, and disseminated. 60 per cent of the general audience think the same, while 37 per cent of journalists, and only 27 per cent of editors think this applies to their media house.

As many as 87 per cent of the researchers also believe that the media to a large extent emphasise reader, listener, and viewer numbers in the face of research material. Here, 74 per cent of the audience say the same, while 59 and 55 per cent of the journalists and editors, respectively, think this applies to their media houses.

While 87 and 83 per cent of editors and journalists believe that their media houses place a great deal of emphasis on public information when choosing research material, 58 per cent of researchers and 54 per cent of the population think the same.

Afraid of being misunderstood

A total of 50 per cent of the researchers answer that they are to a “fairly large” (35%) or “very large” (15%) degree worried about being misunderstood by journalists.

But when media researcher Erik Knudsen at the University of Bergen presented the figures today, he also had positive things to say. Among other things, he could state that it is a myth that researchers do not answer the phone when journalists call.

Another myth Knudsen thought he could bust is that researchers do not understand that the media often have to simplify.

– The journalists and researchers equally agree that simplification is important. The editors agree a little more.

Previous drops in results from the survey have shown, among other things, that Norwegians’ trust in the media is at a record high level, and that Norwegian journalists and editors provide strong support for the Norwegian media’s presence in war-torn Ukraine.

Nordic Media Days 2022: A Glance at the Programme

Nordic Media Days is known to deliver interesting sessions and a place for industry professionals to mingle, but is the conference also relevant to those of us with a heart for Nordic media and communications research?

Read our review of the programme arrow_forward 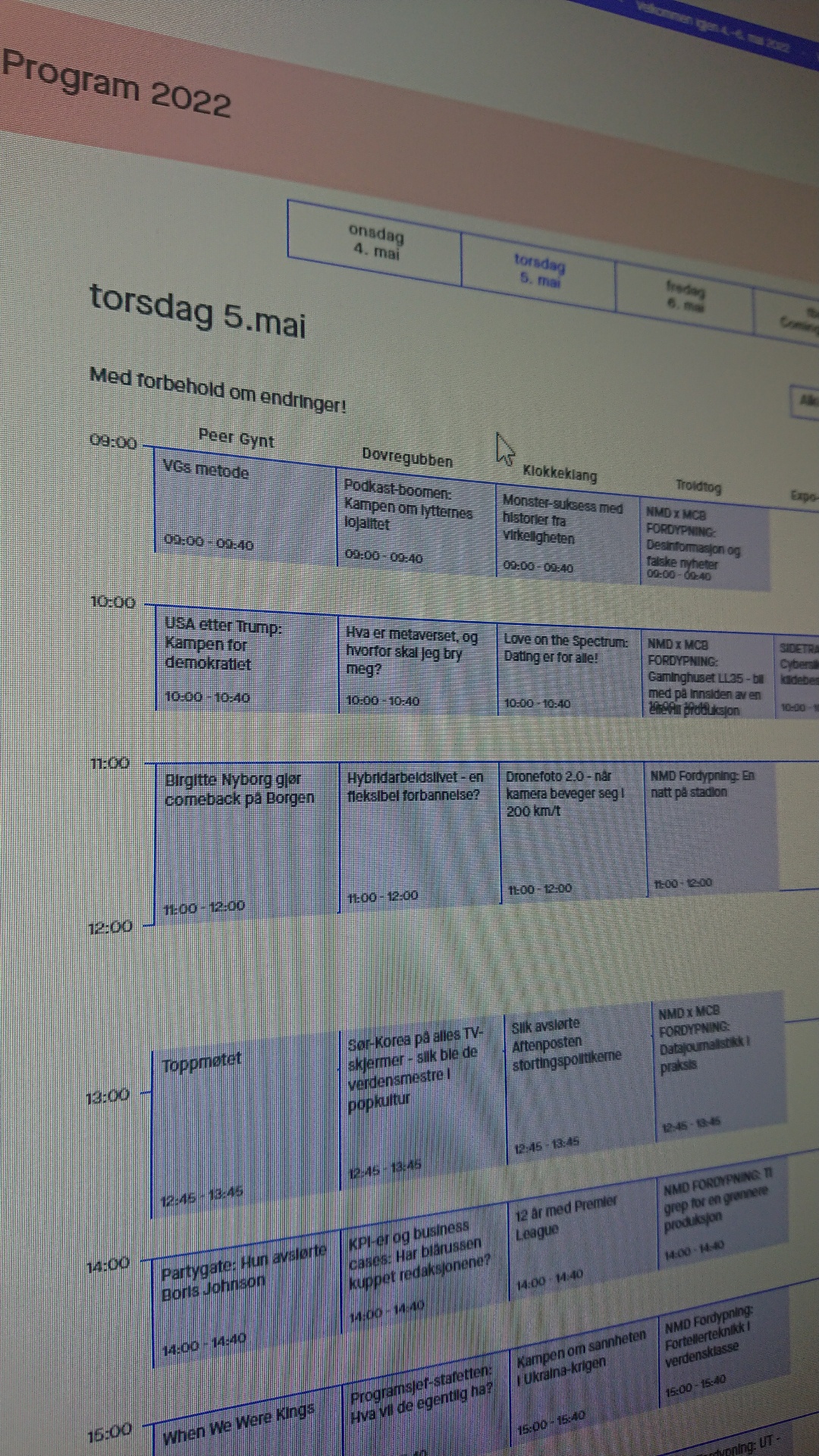 This article was first produced by Journalisten and published in Norwegian at journalisten.no, and later adapted for NordMedia Network.