My PhD: Studying Political Communication in Iceland – in London

I moved from a small state to a large state to study a small state. It might seem odd to move from Iceland to London to study Iceland, but I could not find a suitable PhD supervisor in Iceland. In the process of doing my PhD at Goldsmiths, University of London, I learned a lot about academic culture in the UK and how the research environment differs there compared to the Nordic countries.

I did my BA in Media and Communications at Goldsmiths, University of London, and following my undergraduate studies I moved back to Iceland. At this time, I had no interest in pursuing a career in academia. I worked as a journalist and did a postgraduate degree at the University of Iceland in International Affairs.

Subsequently, I started to teach at the university and became interested in academic research, and, in particular, exploring the relationship between politics and the news media.

I was keen on examining how the Icelandic media covered politics, the relationship between politicians, journalists and the public, and the role social media played in political communication. All through the small state lens. I had experience as a journalist and had interviewed many politicians. But now I wanted to do proper research on the topic.

Iceland is a very small country in terms of population size – there are around 370,000 people. This means there are often just one or two experts in particular fields in the country.

Media and communication research on Iceland is very limited, and when I was thinking about starting my PhD there were no academics in Iceland studying political communication who could supervise me.

I thought about where I would like to do my PhD. I looked into universities in the US and in several countries in Europe, but my mind was quickly set on returning to Goldsmiths.

My supervisor, professor Aeron Davis, had joined there after I had finished my BA degree, so he never taught me then, but as I read up on his research, I quickly realised that he seemed the perfect fit for what I wanted to do. In his research, he combined literature and research from several disciplines and I found his work very interesting.

In the UK, prospective PhD students usually contact their preferred supervisor before they start thinking about applying. In a nutshell, the supervisor is usually what makes students choose where to study, not necessarily the department or the university as such. When you start your PhD, you most likely already have your supervisor and have probably started your working relationship.

After I met up with Aeron Davis and discussed my PhD with him several times, I applied and was accepted to the PhD programme at Goldsmiths.

The programme is highly competitive, but after I had been accepted came the even more difficult issue of financing. Studying in the UK is very expensive, and many PhD students abandon the idea because of lack of funds. I needed a studentship (to pay my fees and a stipend) and the competition for this was intense (to put it mildly).

I applied for a grant through the Economic and Social Research Council in the UK, and after several highly competitive rounds I received the excellent news that I had been awarded an ESRC studentship. Only five students were awarded such a studentship at Goldsmiths, so I realised that I was very fortunate.

When you are a funded PhD student in the UK, you realise early on that you are expected to deliver material very quickly. One of the key differences between doing a PhD in the humanitites or the social sciences in the UK compared to the Nordic countries is that almost all students in the UK do a monograph.

In my department, it was not allowed to do an article-based PhD. In the first year, I was expected to finish a first draft of my literature review, methods chapter and create an overview of the whole thesis, whilst also studying research methods and presenting at conferences. It was full on!

At the end of my first year, I had to defend the material I had written and in subsequent years I always ended the academic year with this type of annual assessment. This involves your supervisor and one other academic in the department. In addition, all PhD students in the UK need to pass an ‘upgrade’, which can be quite difficult and nerve racking. There you need to defend your material in front of two internal examiners who have never read any of your work before.

I heard from some people that the idea is to ‘scare’ you a bit. In my case, it was hard but also great practice for my final defense.

When people defend their PhD theses in Iceland, the defense is open to the public, with family, friends and colleagues usually in attendance. In the UK it is very different.

The defense – called viva – usually takes place in an office and is closed to the public. One internal examiner from your university and one external examiner grill you on many aspects of your thesis. One very scary part of this process is that you have no clue what the end result will be. One hopes for a pass with ‘no corrections’ or ‘minor corrections’, but you can also end up having to do ‘major corrections’ for several months. Technically, it is also possible to fail, but this is very rare.

My viva was challenging, but it was a great experience. My examiners were very tough but fair and I defended my thesis throughout. In the end I was asked to leave the room for a while and subsequently they called me in and told me that I had passed with no corrections. I was ecstatic! Afterwards, we discussed possible ways to expand my research and where to publish my material.

A competitive but friendly environment

In a small state you can quickly become the key expert on certain topics. It was great to go abroad to study at one of the top universities in my field where I definitely was not the key expert. My time as a PhD student was challenging but also incredibly stimulating.

I made lots of friends and went to numerous conferences where I met many of the top academics in political communication. You could definitely sense the competitive side in many of the PhD students I met, but people were always very friendly and the environment pushed me to work even harder.

Following my studies, I secured a postdoctoral position at the University of Iceland. I am continuing and expanding my PhD research on Iceland, and it is great to have the vast academic network in the UK to talk to and get advice from. It has also led to me being involved in several collaborative projects, including a book on political communication and COVID-19.

I feel like my academic journey has just started and I look forward to the years ahead.

Jón Gunnar Ólafsson defended his doctoral thesis in June 2019 from the Department of Media, Communications and Cultural Studies at Goldsmiths, University of London. He is currently working as a postdoctoral researcher at the Faculty of Political Science, University of Iceland.

Thesis in a nutshell 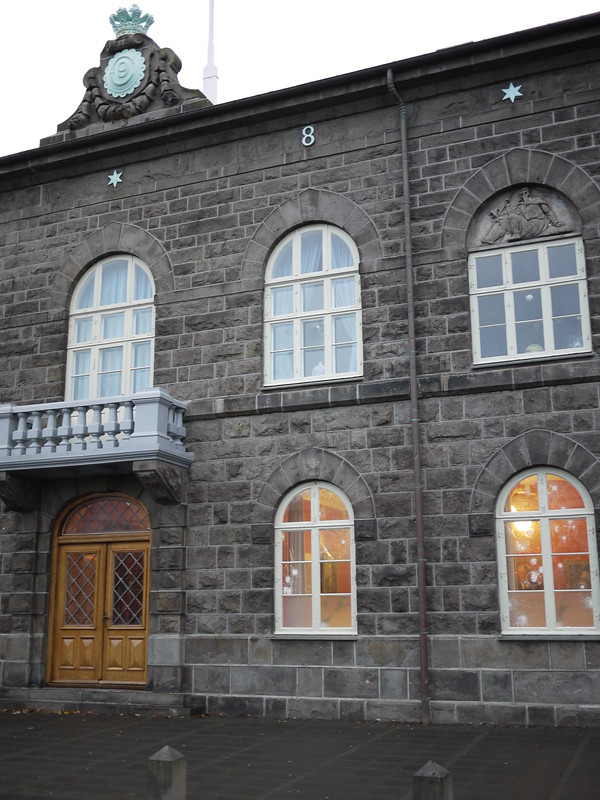