Nordic Media Days 2022: A Glance at the Programme

This year is the first time the conference is physical since 2019, and the expectations are high. Nordic Media Days (NMD) is known to deliver interesting sessions and a place for industry professionals to mingle, but is the conference also relevant to those of us with a heart for Nordic media and communications research?

Nordic Media Days is an annual conference at Grieghallen in Bergen, Norway. It describes itself as “the most prominent media festival in the Nordic region”. The conference started its journey in 1988 as Nordic TV Days. In 2000, they joined forces with Media2000 and created Norwegian Media Festival. And since 2004, the conference has been known as Nordic Media Days (NMD).

This year, the programme contains more than 130 speakers from home and abroad, spread over more than 60 programme items. Workshops, screenings of TV series and films, a separate media fair, and sponsor presentations are arranged. Despite the conference’s name, very few on this year’s progamme seem to be from the Nordics outside of Norway. There are obviously some names who should be mentioned, but among 130 speakers, it is far from overwhelming.

The representatives of Nordic media outside of Norway are in fact so few that they can safely be mentioned in this text without taking too much column space:

There is some academic input, but it is still an industry conference

When reading the programme from the academic world, it is worth keeping in mind that NMD is an industry conference, rather than a researcher conference, which we know so well. Still, NMD has made space for some academic input, predominately from Oslo Metropolitan University and the University of Bergen – both Norwegian institutions.

On the programme of NMD2022 one can find the following sessions:

Out of relevance for the reader, we can also mention the programme item NMD Fordypning: Hva kan AI fortelle oss om norske medier, where Martin Dahlback of the fact-checking organisation Faktisk.no will present the results of a project they completed with AI-Lab at Oslo Metropolitan University. Faktisk.no is also a participant in the NORDIS consortium, previously featured here at NordMedia Network in the article A Nordic Effort to Fight Disinformation and Information Disorder.

But what did we expect?

Surely, one can not judge the content of an industry conference as if it was an academic conference – and I won’t. But the conference’s name should be an indicator of its content: It is clearly a media conference, but the Nordic aspect doesn’t appear as prominently in the programme as one would expect from its name.

However, that is for 2022. As mentioned earlier in this text, it is the first time the conference is physical since 2019. One can admire the organisers who – just months after the lifting of Covid-19 restrictions in Norway – are able to put together and host a physical conference of this size. This may even be an explanation for why there are so few Nordic names on the programme. Have potential Nordic presenters been hesitant to accept their invitation, or have the organisers been playing it safe?

Next year is a new year, and if we are lucky, the 2023 programme will be even more Nordic. Maybe there will even be some researchers from outside Norway on the programme – for the sake of Nordic cooperation.

Are you looking for Nordic experts to your event?

In our open database you can find more than 700 experts with a special interest for media and communication within the Nordic region.

You can search for researchers within the field of media and communication studies as well as related fields according to their name, university, research area, the country they are working in, and some keywords. As our membership grows, the scope of this database will be more comprehensive. 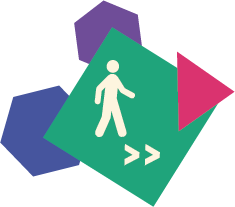 Edited May 6 2022: Breakfast meeting with the Norwegian Media Authority is no longer left out.