Notes From a Manuscript Editor: Why Inclusive Language is Important

You’ve gone through round after round of review, revision, and editing. After all that, a new editor is telling you that some language needs to be adjusted, some words capitalised, and others avoided. Perhaps you wonder why and question whether it’s actually important. It is.

As a native-English–speaking manuscript editor at Nordicom – responsible for the last-stage copyediting and proofreading of two international scholarly journals, monographs, and anthologies, largely written by non-native-English–speaking experts in communication – advising on certain matters of language can require some diplomacy. I’m fortunate to work for an institution who aims to disseminate quality research and statistical analyses not only to the academic community and policy-makers, but also to the general public. It is therefore natural for me to have inclusivity as one of my goals as an editor.

Political correctness emerged in the 1970s as a “kind of self-parody used by activists in the various new social movements” in the west, and it became a useful tool for thinking about the power of words and challenging systemic prejudices (Hamilton, 2015). In the 1990s, however, the notion of political correctness became highly politicised in American partisan politics, being framed by the right as “supressing dissenting opinion” and sometimes taken too far by the left (Hamilton, 2015).

According to Kat Chow, writing for NPR, “the phrase has driven contentious debates in which free speech and free choice are pitted against civility and inclusion”.

Moving beyond the external pressures of not offending, the notion of inclusive language takes an actively positive approach and focuses on “finding ways to name, honor, and value experiences and identities” (Sosa, 2020).

“Political correctness often creates barriers that prevent people from engaging. On the other hand, inclusive language allows for more flexibility and connectedness. It is focused on education, dialogue and naming people in accordance with their personal identities.”

According to The Diversity Project, inclusive language has six primary rules: 1) “Put people first”; 2) “Use universal phrases”; 3) “Recognize the impact of mental health language”; 4) “Use gender-neutral language”; 5) “Be thoughtful about imagery you use”; and 6) “Ask if you aren’t sure” (Read The Diversity Project’s guide for inclusive language).

In the sections below, I address and elaborate on these issues and contextualise them for academic and scholarly writing.

Prioritising the individual means only including characteristics when they are relevant to the discussion. In academic writing, this sometimes involves decisions about what information to disclose, for example, about interview respondents. While a quote from an older male respondent may not need his personal characteristics to contextualize it, if it is in contrast to a quote from a younger female respondent, then it becomes more relevant.

In making such decisions, ask if it will make a difference to the discussion (including matters of research transparency) – if it won’t, don’t include it. APA Style provides some valuable guidance when writing about research participants (read APA’s general principles for writing about participation in research).

When writing for a mostly academic audience, one might be tempted to assume all potential readers will easily understand the jargon, acronyms, and specialised language of your field. This is not necessarily the case, especially when the audience is international and includes people of varying educational levels and English proficiency. Using universal phrases and “plain language” is important.

Though established by the Plain Language Action and Information Network (PLAIN) in the US to make official documents (e.g., contracts, insurance policies, and government regulations) more straightforward and easy to understand, the practice of using plain language can also be beneficial when writing for an international audience (read PLAIN’s plain language guidelines).

“Proponents of plain language emphasize that the goal is not to “dumb down” writing intended to communicate important information; rather it is to convey this information to a diverse population – readers with different levels of education, English language proficiency, and physical and cognitive abilities – in a way that enable everyone to understand and use the information after a single reading”.

Plain language involves tactics such as using concise and descriptive headings, keeping paragraphs short and focused, and eliminating unnecessary and distracting details, as well as adopting a direct and personal tone (e.g., using personal pronouns such as “you”, rather than abstract, passive voice). Clarity should be the first priority.

Using bias-free language also means encompassing all possible individuals; for example, avoiding gender bias is not limited to avoiding preference – or disfavour– of men or women, but should rather be an inclusive practice of using words that will also include non-binary individuals (e.g., “everyone” instead of “all men and women”, and “siblings” instead of “all brothers and sisters”).

The Diversity Movement explains that “words like black, dark, and blind are often used symbolically to express negative concepts” (Sosa, 2020). They recommend reflecting on why a certain descriptor is used and whether alternatives exist.

This is often an opportunity to enhance your writing by using more expressive and illustrative language.

The easiest and surest way to ensure the correct terms are used is often to ask the person or persons in question, for example, about how they self-identify. When approached in a respectful way, this can not only result in more inclusive writing, but can also open up opportunities for positive collaboration beyond the current project.

Hamilton, C. (2015, August 30). Political correctness: Its origins and the backlash against it. The Conversation. https://theconversation.com/political-correctness-its-origins-and-the-backlash-against-it-46862

Sosa, K. (2020, September 9). Say this, not that: A guide for inclusive language. The Diversity Movement. https://thediversitymovement.com/say-this-not-that-a-guide-for-inclusive-language/ 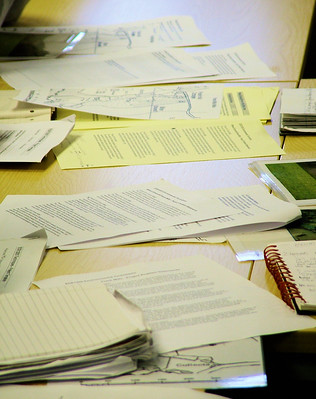 We used to be told that we live in a media-saturated world. True as this may be, today’s is also data saturated. Johannes Bjerling, editor of Nordicom Review, discusses datafication in the Nordic welfare societies with Rikke Andreassen, Anne Kaun, and Kaarina Nikunen.

Two research groups in Norway and Denmark are joining forces to provide PhD course in audience studies and media use research.

The professor of journalism has been one of those who has published the most research articles at the University of Stavanger. Read how she keeps up with the pressure to publish.