The latest article published in Nordicom Review, entitled Establishment versus Newcomers, Critical versus Administrative? Sketching the Structure of the Swedish Field of Media and Communication Studies, focuses on the Swedish media and communication researchers themselves. Johan Lindell, the author of the article, says that he could not keep his hands off his own field.

Sociological self-observation has a long tradition reaching back to the French sociologist Pierre Bourdieu’s work. Bourdieu analysed the homo academicus and the mediated environment he and his fellow scholars were involved in, thus establishing the groundwork for self-observation of the sociological structures that researchers are engaged in.

JB: This article is different – instead of studying media audiences, media production or the media structure you chose to study media scholars.

JL: Yes, I did. As a media and/or cultural sociologist, I couldn’t keep my hands off my own field. I have used the research instruments that are usually applied to understand cultural production to study media scholars. The article is a “science of science”, so to speak – conducted in order to explore the divisions and hierarchies in the Swedish field of media and communication studies.

JB: I’ve told you this before, but I think it’s worth repeating: your article differs not only in that it focuses on the research field rather than media and communication “out there”; it also identifies the most established researchers  – the field’s “elite”, as you say – and discusses relations between them and their departments.

JL: Yes, that’s true. But while the naming of the field’s power elite may seem tickling, at least to some, the reason why I do this is that the Swedish field of media and communication studies is relatively small; had I chosen not to name any of them, it would open up for guesses and speculations: “the person in the upper right corner, that must be Jesper Strömbäck – who else could it possibly be?”. Also, the raw material that the article is based upon is publicly available.

The Swedish Elite Media Researchers According to Johan Lindell 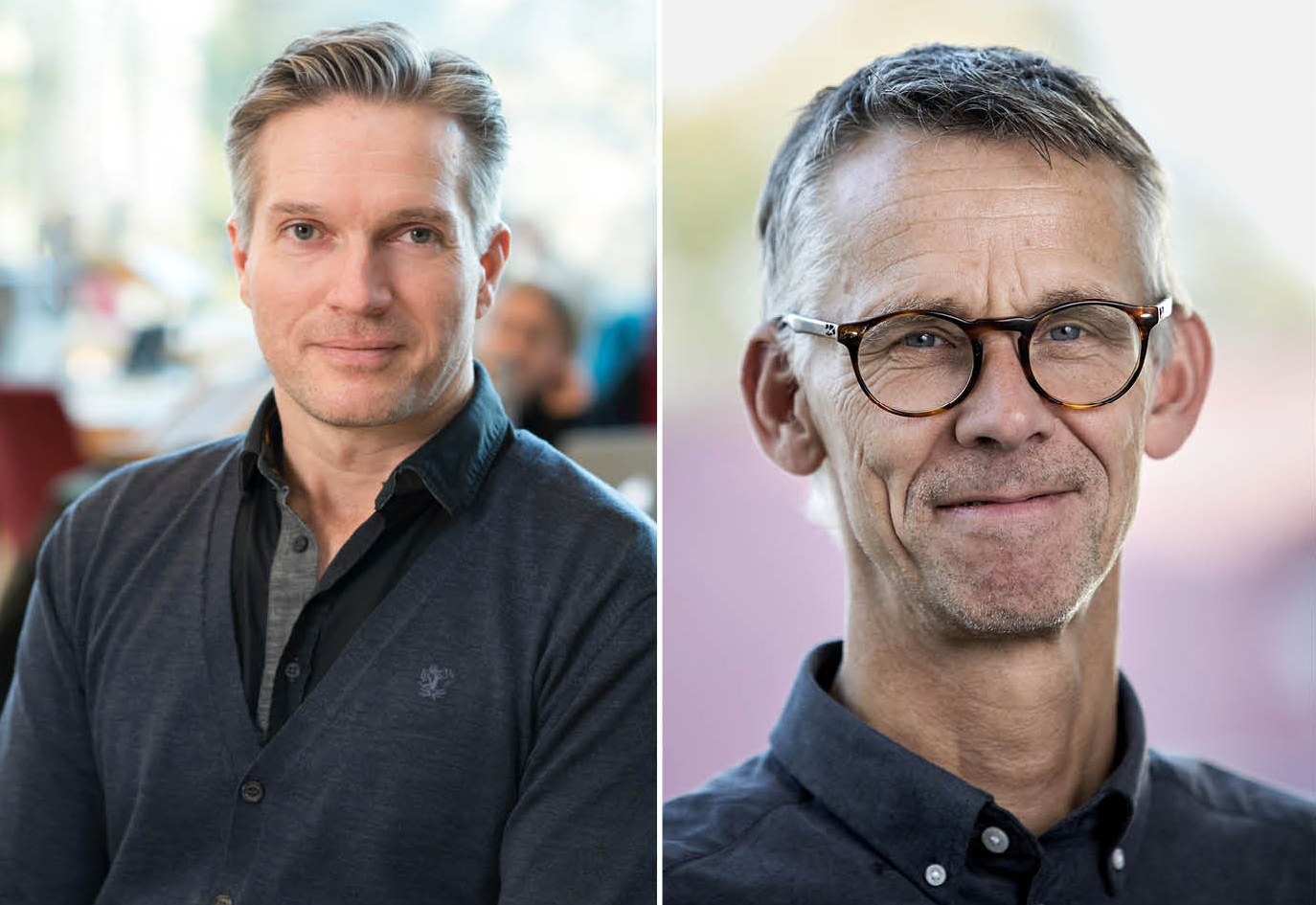 JB: Yeah, I can see why you did it, and I haven’t had any objections; it’s just that it is… unusual. But you know what? Let’s discuss what this study really is about; I’ll try to sum it up and you correct me if I’m wrong. OK?

Researchers in a two-dimensional space

JB: In your study, the Swedish field of media and communication studies is represented as a two-dimensional space. One of the dimensions, the vertical axis, describes researchers’ different volumes of “field-specific capital” – what counts here is, for example, number of publications, research grants and so on. The other dimension, the one that I personally think is the most interesting, indicates the researchers’ theoretical positions – you refer to this in terms of “the agents’ onto-epistemological positions”. Rather than focusing on what a researcher has achieved within the field, the second dimension separates researchers on the basis of differences in perspectives. Some of them can be placed nearer a “critical perspective” whereas others, in contrast, are more at home within a quantitative, US-inspired approach to media and communication studies.

JL: That’s correct. We should note, however, that one researcher can, of course, conduct one study within a critical framework and another with a social-psychological outlook, although I think that’s quite rare. The second dimension captures the most prominent onto-epistemological position of individual researchers. And, important to add, in the two-dimensional space that is the result, distances are relative: researchers that are placed near each other have more in common – with regard to overall capital as well as theoretical outlooks – than researchers that are placed further away. The social distance between Göran Bolin or Johan Fornäs and a PhD student in strategic communication is relatively vast, and this shows in the actual distances between the agents in the space.

JL: Just one more thing when we are discussing the two dimensions: in the statistical analysis, they are not equally important; the dimension that describes researchers’ volumes of capital contributes most to the model.

JB: The number of published books is more important than the choice between Adorno and Lazarsfeld?

JL: Yes, in a way. Put in another way: if one tries, as I do here, to understand media and communication as a social field, it is clear that the hierarchy between senior and junior agents is more prominent than the differences between various theoretical perspectives.

Living with the past

JB: Speaking of your results; what would you say is the single most interesting – or important – finding?

JL: For one that the structure of this particular field resembles other social fields in that it is built on a separation between elites and newcomers as well as a differentiation in ideologies of practice. The other thing is that elements of the historical oppositions between ”critical” and ”administrative” perspectives echo in a contemporary Swedish context. These are the overarching findings – the paper also deals with inequality in terms of gender, and the field’s relationships to the wider educational field.

JB: Regarding the point on the historical struggles; one thing that I like about your article is that it discusses the contemporary field with one eye on the back mirror – I’m thinking of how you refer to a tug-of-war between a US-inspired model and a critical school during the 1960s. Would you say that there still today is a division that splits the Swedish field of media and communication studies in two halves?

JL: Certain individuals and departments can be found closer to the two endpoints – it’s a continuum, not a question of either-or – than others. The Department of Media, Journalism and Communication (JMG) at the University of Gothenburg, for example, leans towards the social-psychological tradition whereas Södertörn University in Huddinge, in contrast, leans towards the critical tradition. And it is, of course, interesting to consider that JMG has its roots in the Department of Political Science at the University of Gothenburg, where the national election studies have played an important role, whereas there is no connection of this kind for media and communication studies at Södertörn University.

JB: We’re maybe not living in the past, but we are living with the past? Johan – many thanks for submitting your paper to Nordicom Review. I’m happy to see it published!

JL: Well, so am I. And it would be nice to see a qualitative study on how these divisions play out in practice. Similar studies of the other Nordic countries would also be interesting; and, when these are in place, why not a study on the Nordic field of media and communication studies – that is, if it is possible to view it as a more or less coherent social field? That would be very interesting.

JB: I agree. I very much agree. Can you have it ready after the summer?

JL: No, you will have to wait a little longer! But it would, I think, be an interesting study to see published.

Read the article Establishment versus Newcomers, Critical versus Administrative? Sketching the Structure of the Swedish Field of Media and Communication Studies in Nordicom Review 41(2).