The Enriching and Hilarious Fieldwork: Experiences from Researching Video Game Regulation Among Immigrant Parents in Norway

It is amazing how data-collection experiences and processes can be so enriching, stressful and hilarious at the same time. Carol Azungi Dralega, researcher in Norway, tells us what it required to arrive at an abundant dataset from a focus group interview with diasporic digital migrant parents.

This opening story is from 1 of 3 focus group discussions (FDGs) we undertook in a qualitative research on video game regulation in immigrant family contexts in Norway. We had already received feedback from young people between 13 and 19 years on the subject, and now it was the parents’ turn to share and socially engage on the topic of video game regulation in their homes.

As the researchers, we had arrived on time from our respective regions. The focus group convener had assured us that all the parents in the immigrant organisation that she runs were ready to share their experiences and struggles on video game regulation. A prize of 1000 crowns had been announced for one lucky winner. The pizza and drinks for the expected 5–7 informants had arrived.

It was time, and to the convener’s anguish, only two parents showed up. ‘Lets wait for 10 more minutes!’ I suggested, worried for my heavily pregnant co-researcher who also had to catch her flight back home. I could manage, I thought. Home was just a four-hour train ride away.

We started after 10 minutes – we had planned for a discussion from 45 minutes to one hour.

About 25 minutes later, a timid knock on the door was followed by a stream of about 14 cheerful women strolling in and spreading out noisily onto the chairs we had set up earlier in a circle. One woman had volunteered an excuse: ‘I had to run errands and then had to wait for my friend, who also had to wait for her friend – and ooops, before we knew it, time had flown. Sorry!’. The lady said with a big smile.

‘Alright! You are all welcome’ I chipped in, concealing the concerns for a) the potential challenge of moderating 16 people in a short period of time and b) the enormous task of transcribing the conversations that lay ahead.

But the promise of a bounty of rich data was extremely exciting. We needed stratifying data at the onset, so I asked for it after informing them all about research ethics and informant rights that we are obligated to do by the Norwegian Centre for Research Data (NSD). This round alone was so enriching – for instance, only 1 of 16 informants was a father, the vast majority were single mothers – one of whom had 6 kids of video-gaming age. This particular mother’s coping strategies were mesmerizing. Another lady had no kids – but why was she here? She was here to ‘see what happens in such research meetings, and perhaps support her friend’ who fit the target group profile. Well, then. The different ages, nationalities, educational levels, employment, marital status, religion – said a lot – and we would take this up later in the rigorous cross examination.

So the discussions ensured – unraveling what it means to be a digital migrant parent raising digital native children partaking in a global gaming culture in a foreign country.

As a researcher moderating this process, it was rewarding to steer and witness the collective construction and organization of the knowledge between and among the diverse informants and making the connections between who says what and why they hold particular views.

“It was rewarding to steer and witness the collective construction and organization of the knowledge between and among the diverse informants.”

We enjoyed diverse views: for instance from a cheerful, loud and confident hijab-wearing mother who epitomized why FDGs are popular methodologies, not just in feminist studies given the comfort in numbers, but also because the methodologies, if well steered in friendly environment, mirror normal interactions in social life.

But we also had the typical shy one who only spoke when coaxed, and when she spoke, she unleashed jewels of information pleasing to the researcher.

Generally, we had mothers, some of whom were illiterate, who understood neither English nor Norwegian and therefore had to have interpreters. We heard honest self-reflections on conflicts that drove husband and wife to the brink of divorce because they shared different values. We had a mix of authoritarian parents, hands-off parents and dialogue-loving parents. We learned how parents in big cities actually preferred that their kids played video games as much as they did, instead of going out to crime and drugs-infested city-streets. And how, through social control, some parents found it hard to talk with peers in their circles for fear of being perceived as bad or weak parents.

The data was bountiful, the atmosphere was conducive and relatable – perhaps because we, the researchers, were also of immigrant background. When the time was really up, some two hours later, there was no doubt that the FDG(s) were a success.

In short, the benefits from our FGD experiences outweighed the few stress factors.

We were able to not only save time through accessing several parents from diverse backgrounds but also gain varied and generously articulated insights into what socio-cultural struggles diasporic digital migrant parents face when it comes to raising their digitally innate and tech-savvy children. This knowledge enabled us to later develop, test and implement a wide range of tailored resources that can be found on the project website.

The project was entitled Video game regulation in immigrant family contexts – resources and tips for parents and youth. A big thank you to the Norwegian Media Authority and Competence Center for Gaming Research, University of Bergen for funding the project. Thank you also to my fellow researchers: Håkon Repstad (MA), Hilde Corneliussen (PhD) and Gilda Seddighi (PhD), as well as to our partners from the Civil Society Organisations MiR (Multicultural Initiative- and Resource- Network), VI (Vestland Innvandrerråd), Spillavhengighet Norge and especially NOMKUS (Norges Multikulturelle Senter) for the amazing work in developing, testing and translating into various languages. Thank you to John Cei Douglas for the cartoon illustrations of our work.

And, of course, last but not least: the parents and youth who took part.

How can integration of often marginalized groups such as immigrants be advanced with the help of digital media? Can participation and inclusivity in digital communities contribute to increased integration in society? Come and listen to Carol Azungi Dralega’s talk in the webinar “Media Literacy and Marginalized Groups”.
Read more arrow_forward 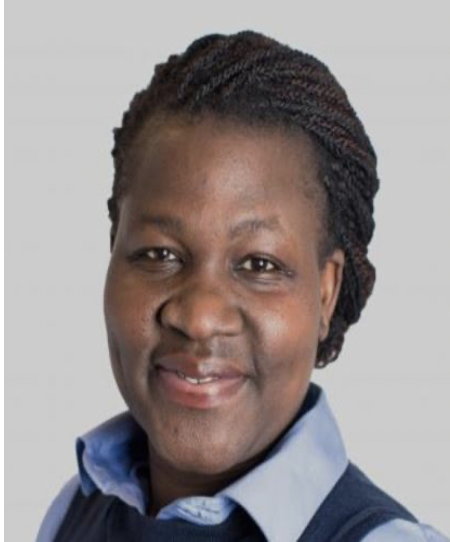 Social Media and the Eternal Search for Authenticity

In a new article, Ida Roivainen from Tampere University argues that recurring representations of coffee articulate YouTube’s girlbosses as productive and ordinary entrepreneurs who seek belonging and meaning in life.

NordMedia Network is organizing two brand new online writing retreats in the spring of 2023. The dates are 31 March and 28 April. Choose one or both, and join us for a writing retreat!

The ethical rules of journalism were first put in writing in the US in the 1920s. A hundred years on, we are looking at a completely different audience. Researchers at Karlstad University have written an article that challenges old, ingrained rules.