News consumption increased sharply during the first year of the pandemic and shows no signs of abating, according to the 2021 Media Barometer from Nordicom at the University of Gothenburg, released earlier this year. After Russia’s invasion of Ukraine in February, Swedes’ consumption of news has reached new record levels, according to preliminary results.

In 2021, aggregate daily media use time remained at the greatly elevated levels measured in the initial year of the pandemic, 2020 – a total of 7 hours per person on average. Swedes also continued to spend more time on news than they did before the pandemic.

– During the two pandemic years, the population’s consumption of professional news media has increased, and we see no signs that it is about to decline. News consumption via social media, however, has not increased and remains at roughly the same level as before, says Ulrika Facht, media analyst at Nordicom.

– Previously, we saw a trend where the willingness to pay for news decreased, but that trend seems to have reversed. During the first year of the pandemic, more and more people started subscribing to daily newspapers, and that development will continue in 2021, says Ulrika Facht.

Preliminary figures from February, March, and April 2022 show that news consumption increased further after the outbreak of war in Ukraine, from the already high pandemic level. SVT and Swedish TV4 increased the most, by 4 percentage points each. For the social networks, however, the same tendency was not visible. For example, the proportion who receive news via Facebook decreased by 3 percentage points compared with 2021.

– On a general level, our figures show that we primarily turned to professional news media both during the pandemic and during the war in Ukraine, says media researcher Tobias Lindberg at Nordicom.

The increased use of news media in times of crisis can be seen even more clearly now, compared with the time before the pandemic.

– If we compare the preliminary results from this year with how it looked before the pandemic, in 2019, we see significant increases in reach for the professional news broadcasters. SVT has increased its daily reach the most, by 11 percentage points, says Tobias Lindberg.

The Media Barometer is a survey that measures the daily reach of different media in Sweden. Daily reach is the proportion of respondents who state that they read, watched, or listened to a specific medium or media content the previous day. The Media Barometer also measures access to different types of media and media equipment and the amount of time respondents spent on different media during the previous day. 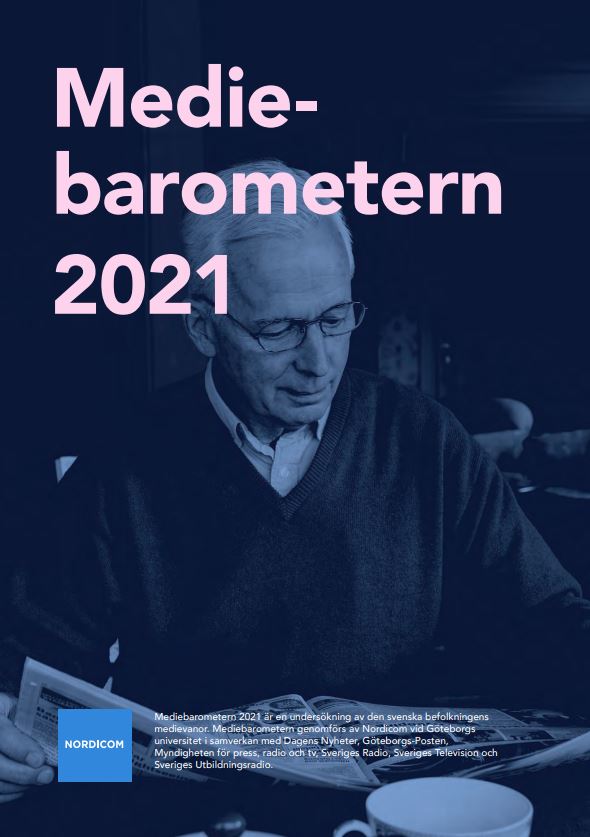 This text was initially written in Swedish by Nordicom, and later translated to English by NordMedia Network.